0
was successfully added to your cart.
Press enter to begin your search 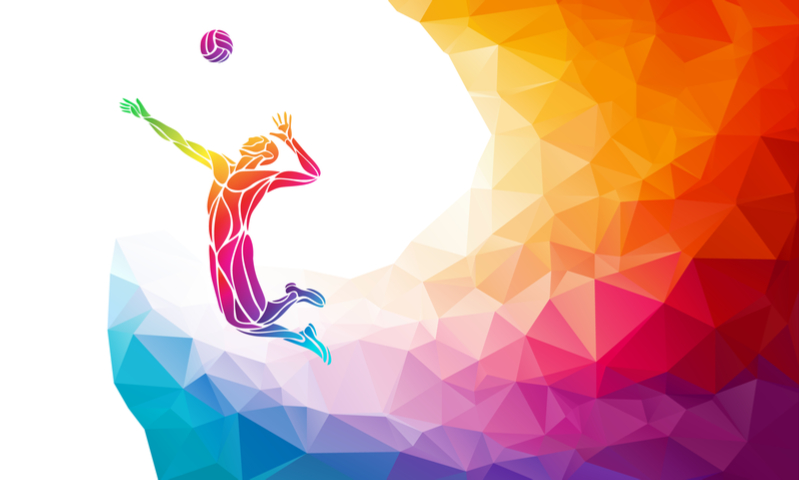 Although there is no absolute ideal perfect armswing, there are certain patterns of movement that we see amongst the top players that set them apart.  First and foremost, we see a consistent kinematic sequence in both the male and female Olympic athletes we tested. This sequence consists of movement events that occur in a specific order at increasing speeds.  It begins with pelvis rotational velocity, followed by torso rotational velocity, elbow extension velocity, and finally, internal rotation velocity of the hitting shoulder.

For the Olympians, a faster overall sequence results in faster hand speed.  There is also a particularly strong relationship between the pelvis and torso rotational velocity and hand speed.  Even among this elite group, the best players have found a way to maximize performance through the best coordinated kinematic velocity and timing.

The overall speed of the entire sequence was quite a bit faster with the males – completing their sequence approximately 10% faster from the time of arm acceleration to contact (apart from one female whose sequence was just as fast as the men…and her hand speed reflected that).

Elbow Height: When most players bring their arm back, their elbow height is fairly high.  This is what most players are taught to do – HIGH ELBOW!  The key difference here is that once they begin to accelerate forward, males briefly drop their elbow down to the height of their shoulder and then bring it back up just before contact.  Females, however, do a variety of things.  The individuals that are asymptomatic for shoulder pain do the same as the men – they drop their shoulder slightly at they bring it forward and bring it back up before contact…but not nearly as high.  The remaining females keep their elbow up very high through the swing – these are also the ones that have experienced shoulder pain.  Having your shoulder in a high degree of flexion and abduction through the range of motion of an armswing is a known risk factor for impingement and other shoulder pathologies.

Shoulder Rotation: When the Olympic athletes began to move into forward acceleration, shoulder rotation mechanics were quite different between the genders.  Males allowed their arm to go back into external rotation – much like that of a baseball pitcher, whereas the females kept their shoulder in an internally rotated position.

At the time of ball contact, all of the males tested had their shoulder in a neutrally rotated position.  Amongst the females, only a third of them had a neutral shoulder.  The rest had an internally rotated shoulder. What is interesting to note is that the athletes with a neutral shoulder at contact were also described as either healthy (injury-free) or very fluid in their movements.

Elbow Flexion: At the time of contact, the average male had an elbow flexion angle of 37-44 degrees, with two outliers at 26 and 75 degrees.  The females had an average elbow flexion of around 50-55 degrees, with one outlier at 26 degrees. This is an interesting observation since females have less shoulder internal rotational velocity.  With higher elbow flexion around the time of contact, a more flexed elbow would increase the inertia around the shoulder, thereby making it quite a bit tougher to rotate quickly.

The differences seen between the genders are significant, but why are they different?  Is it strength? Flexibility? Stability? Neuromuscular? The unique demands of the game? We know the kinematics that are strongly associated with a fast hand and a healthy body, but the real answer is determining the best way to alter these kinematics to enhance performance and prevent injury. Especially among elite level players that have a highly ingrained motor pattern.   Gears Sports is at the forefront of answering these questions and helping you find ways to make your athletes the best they can be.