The Ben Hogan Grip and How It Can Help Your Game

Ben Hogan is one of the most famous golfers of all time. While his play was certainly superior, he is most widely remembered for his unconventional grip. One of the reasons that Hogan is so famous is that he was virtually ambidextrous. As a child, Hogan considered himself a natural left hander. He switched over as he grew older, doing most tasks with his right hand. Working as a caddie at the local course however, he learned some of the basics with an old, wooden, left handed club.

Hogan was known to be a historically skilled ball striker. Fellow golfers would stand in shock on the range as Hogan practiced. Jack Niklaus considered Hogan to be the “best ball striker of all time,” which is saying something since he watched both Hogan and the young Tiger Woods play.

In his book titled Five Lessons, Hogan gave pages worth of golf advice highlighted through different stages of his career. Early on, Hogan admits he began with a cross-hand grip(closely tied to his left handed start in golf). He then transitioned to an interlock, and eventually overlapping grip. He customized his overlap grip during the years tweaking his thumb length and left hand position over the last years of his career to form the grip that made him so famous. If there’s one thing you can take from Hogan’s career it’s that grip is everything.

Today we’d like to give you an idea of what made the Hogan grip so special, how it affects the swing, and how it can help you on the course.

How the Ben Hogan Grip Is Different

Normally, when a golfer sets up for a shot, they place their lead hand on the club and the trailing hand rests above it diagonally so as to form a “V” shape. Hogan however developed a different grip to compensate for his devastating hook.

If, like Hogan, you struggle with a hook or wider arc on your swing, the Ben Hogan Grip is for you. To perform the grip, place your lead hand on the club as usual. The grip should feel relaxed but firm. Then, place the trail hand on the club, the thumb pointing directly down the shaft. The key here is to make sure your trail hand is straight and not diagonal. The Ben Hogan Grip is less of a parallel “V” shape and more of an overlap. Your trail hand should cover more of your lead hand than normal.

The Ben Hogan Grip will cause your swing to feel different than normal. For one, the club face will be much more open, and the swing arc wider. You’ll see that at the top of your backswing, there is a significantly larger wrist hinge than normal.

See Precisely How the Ben Hogan Grip Can Affect Your Swing

Are you a serious golfer or working with a team or league of serious golfers? Gears touts the most powerful, precise, golf swing motion capture system in the world and our users are frequently awestruck by the clarity and practicality of our analytics in our motion capture system. With our system you can not only compare your rotation and connectivity with a pro’s, but you can enjoy a glorious 3D rendering of every angle and speed of your body movement so you know exactly where you can improve. Want to try it out? We’d love to show you around.

What We Learn From the Ben Hogan Grip

The Ben Hogan Grip started as a simple adjustment so Ben could correct his play, but it can teach you a few valuable lessons about golf.

Hogan preached the proper sequence of rotation (shoulders, hips, arms, and feet) and his golf grip matches his words. The Ben Hogan Grip encourages this proper sequence forcing the golfer to initiate the backswing starting with the shoulders and the hips.

In fact, it was often reported that Hogan wiggled his right knee to initiate the swing. One could almost describe it as he was being kicked in the knee. This flexion prompted rotation from the rest of the body.

Hogan experimented heavily with pronation. His visible wrist hinge opened up the club face to create a more direct swing plane, causing the clubface to be perfectly square at impact.

The Hogan Shot is a lag shot. The Ben Hogan Grip yields some pretty extreme wrist hinge which creates a lapse between the golfer’s hands and the clubface. This leads to the sort of whipping motion required to produce clean, consistent, and powerful shots. Hogan deemed this hinge hook proof; he believed that such angulation would help him hit stronger fades. Anyone who saw his championship wins knows that he did just that.

Hogan advocated for clean and consistent impact. The rigidity in his grip enables him to firmly make contact with the ball making for better shots. His grip promoted a firm powerful swing, which no doubt contributed to his amazing follow through(he’s even been known to turn his right shoulder).

The Ben Hogan Grip is fundamentally classic to golf and timeless in impact. Understanding what made Ben Hogan great and how the Ben Hogan Grip can affect your golf game is a lesson every golfer should learn. Hogan wasn’t an overnight success. His tireless efforts to tweak his grip to craft his winning swing were matched with hours on the practice range and the course. His grip, his swing, and his play are all products of old fashioned hard work. Get out there and see what you can do! 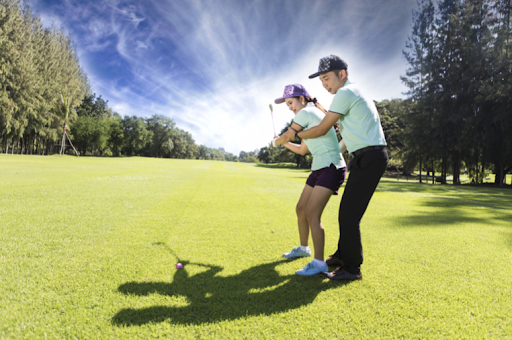